It is going to become apparent very quickly that this isn’t the place for high-brow literature so let’s just do this. For about a year now, I’ve been living in Silicon Valley, a place of external smiles and internal organs covered in a shit storm of stress. The friendliest people in my neighborhood are the elderly couple who bring us cucumbers. They told us our house was formally “the drug house” and had a suicide. Yay. Second place goes to the Germans across the street. I assume they’re German because they invited us to a sausage party or something at their house once and they have accents. Third place for the guy next door. His property is a little worn but he’s quiet, rarely home and smokes weed in the backyard which causes the elderly couple to worry a lot. Until I got my medical marijuana card, I used to hang out by the fence hoping to run into him. Everyone else in all of Silicon Valley sucks. You’re thinking that it’s probably me. You’re thinking I’m just weird and socially awkward, aloof and unapproachable. Nope, that’s not it. It’s totally them. 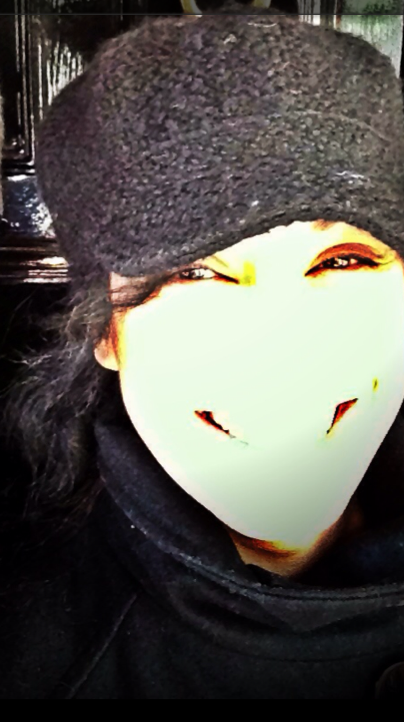 I keep using Meet-Up and it keeps being a bit of a bust. My first book club meeting was good enough but women sure will talk about really personal stuff to a room full of strangers while trying to act like they’re relating it to the book. One woman announced that men don’t really care as much about their mistresses as they do about their wives and then proceeded to tell us that her husband had left her for his secretary. One lady, I’ll call her Candida, sat on the far end of the room, unblinking (seriously, she never blinked) and seemingly pissed off that she had driven herself to a book club meet-up. Whenever someone asked her to repeat herself -she was kind of far away, after all – she’d say, “I already ANSWERED that!” and then look out of the window all exasperated and everything. That was priceless. All.day.long. Priceless. Another reader, “Zuzu” had so much Botox I thought someone was throwing their voice when it was her turn to speak. Only the eyes moved. Her implants were as big as my head and while I don’t have a massive, pumpkin head that children point to and laugh at on the street, I do have a “I don’t try hats on in public” sized head. Every hat is just perched at the top of my head, even beanies. Zuzu wore stilettos to the damn book-club meet-up and clothes that were very tight and stressed out. She went on and on and on and on until I had no idea what she was talking about. Her comments always started out in relation to the book but ended up someplace else entirely. We learned that she lived in two HUGE houses (apparently, simultaneously) and was just going to have to sell one! We learned that she got real close to a husband and kids but no cigar. We also learned that she didn’t finish the book. Candida was pissed. When Zuzu asked Candida to weigh in on one of her points, Candida’s eyeballs popped out of the sockets and she yelled, “How should I know? I’m not a college professor!” Candida was making my day. Another lady was trying to learn to like men again that month and shared that she’d told her neighbor that she was sure the neighbor’s son was autistic. Moreover, she was certain that the neighbor woman herself was autistic; right there on the spectrum with her son. I piped up and told her I didn’t think it was a good idea to mention that to the neighbor. To this, I got a lot of agreement and I felt like a fucking boss.

Believe it or not, I went to the second meet-up.There were only four of us. The most unexpected quote of that day: “I don’t like on line dating because men keep asking me if I’m transexual.” To which I mumbled something really stupid because halfway through my response I got confused about transwoman vs transman and said, “Oh, you don’t look like a man, um, or a woman, you look great!”

I’m going to a Serial Killer meet-up pretty soon so I might not ever post here again, something for which we might all be grateful. I joined a walking meet-up. I’m fit, nobody else was. The lady who walked next to me tripped on every curb. I found it really distracting but I always asked her if she was OK. See how nice I am?

When I lamented to my eldest daughter that I was lonely and finding it hard to make friends, she suggested I try OK Cupid and assured me that I could find straight, female friends who just want to hang out. Yeah, you can imagine how that went. It is now obvious to me that no one reads the notes you put on there about what you’re looking for. Only men messaged me. One offered to come to my house dressed as a cop and arrest me for being “too cute”. The women either wanted another woman to share with their husbands or to exclusively date women. I want to thank my daughter for taking the piss. Everyone was all like, “What did you expect? It’s OKCupid, duh!” Well, I thought that if I explained, quite clearly, that I was married and just wanted to find some buddies to hang out with, it would all work out. That shit didn’t work out. OK Cupid has made me rethink what the German sausage party may have really been about.

Anyway, what was I talking about? Oh, right, why I’m doing this. I make up stories about people  in my head. I’ve decided to write them down. Sometimes, I’ll write about something that has really happened to me like when I was living in Taiwan and accepted friendly checkout lady Emma’s invitation to meet for a language exchange. Emma told me she had a lot of “one night stand experience” which I thought was a peculiar thing to share with me during our first meet-up at McDonald’s but a few minutes later she pointed to her vagina and shouted that she knew that in English, you could call it a PUSSY! Ya gotta love a language exchange. Then, there was the time the AstroGlide that was in my bag -notice I didn’t say it was mine, it was just in my bag-got confiscated at security in a Thai airport. Thailand, remaking its image one bottle of lube at a time.

I think it’s better to have these people, real and invented, running around amongst you good people than crowding each other in my head. I hope you agree. If not, no hard feelings.